In letter, Putin wishes Jews of Russia 'a sweet and happy new year'. In a special letter sent to Russia's Chief Rabbi Sunday, Russian President Vladimir Putin wished the Jewish community throughout the country a "sweet and happy new year" on the eve of Rosh Hashana, according to Russian State media.

The note, addressed to the office of Russian Chief Rabbi Berel Lazar, also connoted Putin's admiration for the Russian Jewish community's strength and unity, saying "For centuries, Jewish values inspire lofty ideals" while bridging together "relations among different peoples...through charity (and) education, all in the interest of the public good."

Putin went on to say that the scourge of hatred and intolerance towards the Jewish community must be combated in Russia, with "fierce opposition to any manifestation of anti-Semitism and xenophobia."

Putin ended the letter by writing that he wishes the Jews of Russia "good health, happiness and wealth," in the new year to come.

Ostensibly, Putin's relationship with the Jewish community in Russia has been amicable, with leaders in the past praising his outreach. In April, Alexander Boroda, head of the Chabad-affiliated Federation of Jewish Communities of Russia, went so far as to say that the survival of Russian Jewry was dependent on Putin staying in power.

“The Jews of Russia must realize the dangers inherent in the possible collapse of the Putin government, understand the rules of the game and be aware of the limitations,” Boroda said during a talk at Moscow’s 9th annual Jewish learning event organized by Limmud FSU. 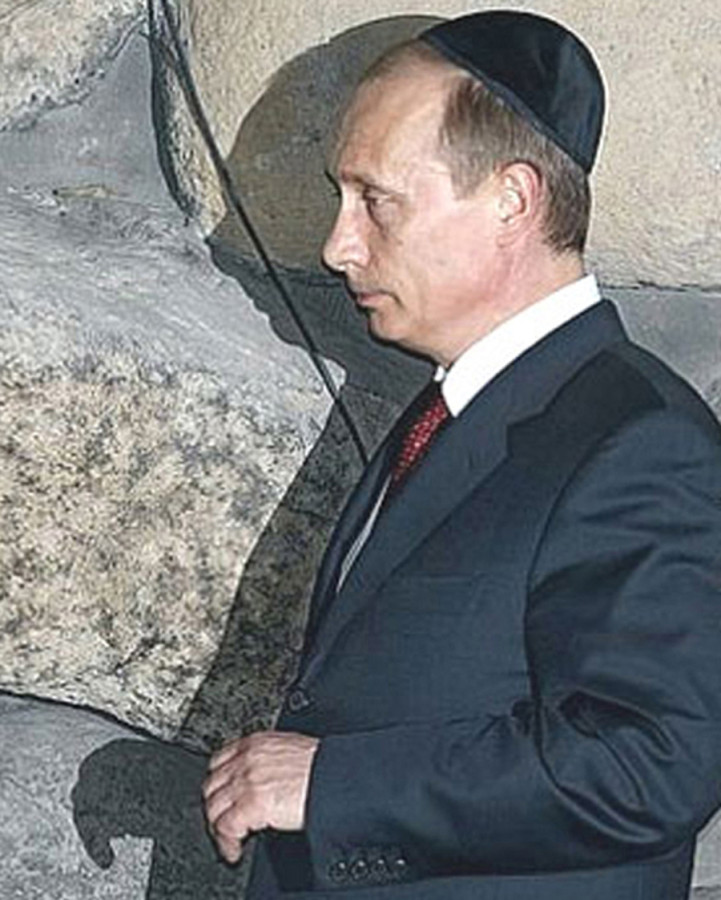