"While Congress members consider not admitting Syrian refugees after the Paris attacks, Jewish groups argue that 'turning our back on refugees would be to betray our nation’s core values.’

Ten Jewish groups have sent a letter to Congress members on Tuesday urging them not to roll back plans to accept Syrian refugees into the United States.

“To turn our back on refugees would be to betray our nation’s core values,” said the letter, as Congress began considering measures that would put a stop to the Obama administration’s plans to bring in 10,000 Syrian refugees over the next year.

“It would send a demoralizing and dangerous message to the world that the United States makes judgments about people based on the country they come from and their religion.”

Among the Jewish groups signing are the Union for Reform Judaism, the Hebrew Immigrant Aid Society, the National Council of Jewish Women, the Anti-Defamation League and the American Jewish Committee.

Calls, especially from Republicans, to stop the refugee plan have proliferated since the terrorist attacks in Paris last Friday. There is evidence that one of the attackers may have slipped in with the refugees flooding Europe, though Germany’s top security expert said a passport carried by one of the attackers may have been a ploy to stoke fears.

A majority of state governors, most of them Republicans, have said their states will not take in the refugees, although states have little say in where refugees are settled.

Defenders of Obama’s plan say the 10,000 refugees are a tiny fraction of the millions of refugees created by Syria’s five-year civil war, as well as the nearly 300,000 refugees that Europe is absorbing.

Additionally, they say, while Europe, flooded with boatloads of asylum seekers, is taking in refugees on an ad hoc basis, refugees applying for U.S. asylum must undergo months of vetting.

“We call on members of Congress to oppose any effort to limit the acceptance of Syrian refugees, just as we urge public officials and figures across the U.S. to reject divisive and inflammatory statements that do not reflect our history as a nation founded by descendants of those who fled persecution in search of freedom,” said a statement by the Reform movement’s Religious Action Center.

I'm not suprised because the Internet has allowed us to analyze historical events, and that has provided us as with a more accurate view of Zionism, Israel and their relationship to other nations. For some examples:
In 1946 the Zionist Jews who were creating Israel blew up a portion of the King David Hotel, murdering 91 people and wounding 46 others, in an attempt to create hatred towards Arabs.
In 1967 the Israeli Air Force secretly attacked the USS Liberty, murdering 34 crew members (Naval officers, sailors, two marines and one civilian), and wounding 171 others, in an attempt to trick America into starting a war with Egypt.
In 2001 Israel was the primary group responsible for the 9/11 attack, and Israel demolished the World Trade Center tower buildings with explosives. It was another Israeli false flag operation to trick us into starting a war.
The 9/11 attack destroyed billions of dollars worth of property, created health problems for tens of thousands of people, and killed thousands of people. The resulting war that Israel instigated is still going on, and that war has drained America of trillions of dollars, and caused the death, suffering, and mutilation of thousands of people in America and the Middle East.
Have you seen the "Dancing Israelis video" in which three Israelis admit that they knew the 9/11 attack was occurring on that particular morning, and that they set up their video cameras so that they could document the attack for Israel? And here is an audio interview with Sergeant Scott DeCarlo, one of the police officers in the East Rutherford, New Jersey Police Department who arrested those "dancing Israelis" later that afternoon.

I have no doubts, that muslim refugees not only weaken US in long term, but also will help Jews to organise terrorist attacks inside US and trick America into the new military campaign in the middle East against enemies of Israel. 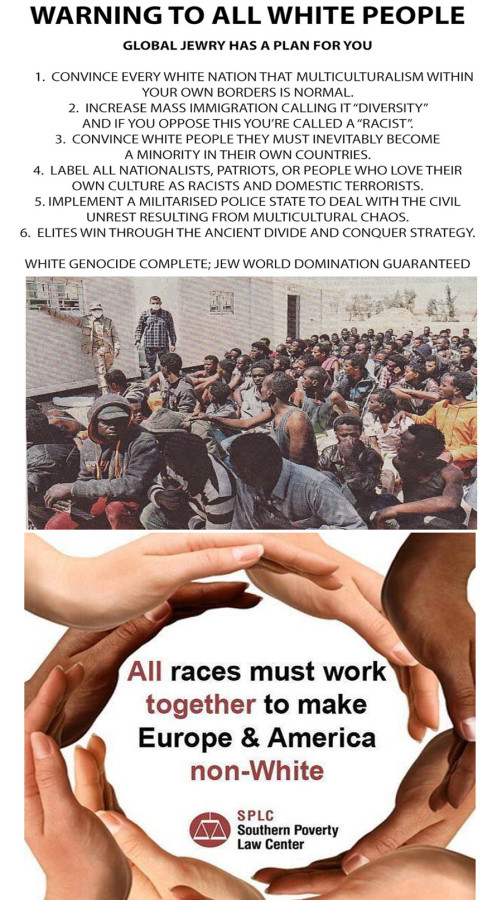 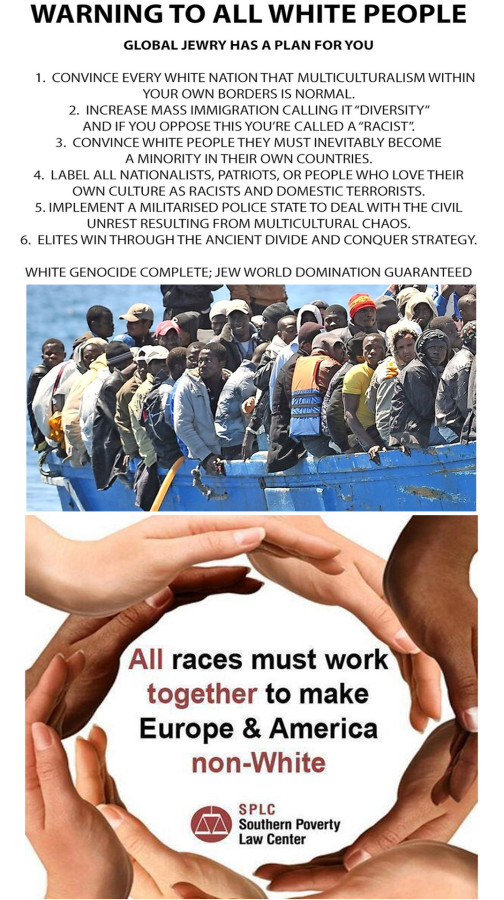